In the past couple days I've been learning and reading blog posts about OSINT techniques, and today (January 21, as of writing) I came across a twitter account called @quiztime, with a fairly large following. The basic idea of the account is to have a new challenge monday → friday, where you're given some kind of starting point (like a picture) and then tasked with finding answers to the questions given to you by the challenge poster.

Immediately I loved the idea of this, and when I saw that a new challenge had been posted only a couple hours ago, I had to try it out.

At the bottom of the post I'll link some OSINT blogs I've found so far that I like.

The first thing I did was write down everything in the image that I thought could be of use, I'm sure as I get more experienced with OSINT this list will grow.

I then went to reverse image search the photo using Yandex, as it always seems to provide the best results for me (although I am a little paranoid about what's done with the data on that site). This turned out to yield many helpful results, including a link to a photo album which appeared to be from an individuals trip to this location.

One of the photos in this album had the text “Penkenbahn”, which when searched up reveals itself to be a mountain cable car for Penken Mountain in Mayrhofen, Austria! 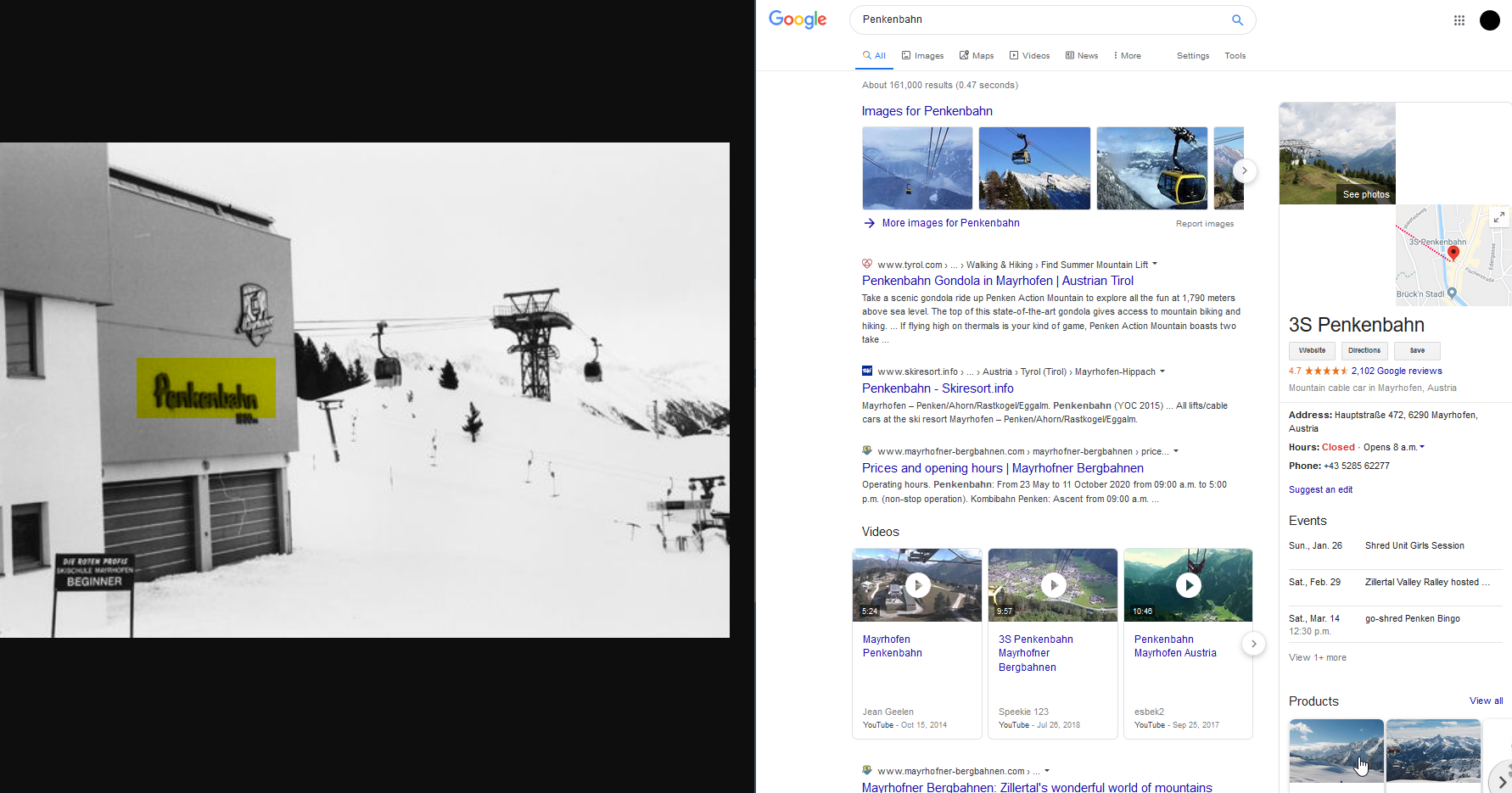 Now that we have a general idea of where the image was taken, we can start to narrow down with details found in the first part. What worked for me was searching “Penken Mountain Hotels”, and the first image result linked to a ski resort page for “Schneekarhütte” with almost an exact photo as the image given to us.

If I continued looking in the original reverse image search results instead of going to the photo album, I probably would have found this website as well. 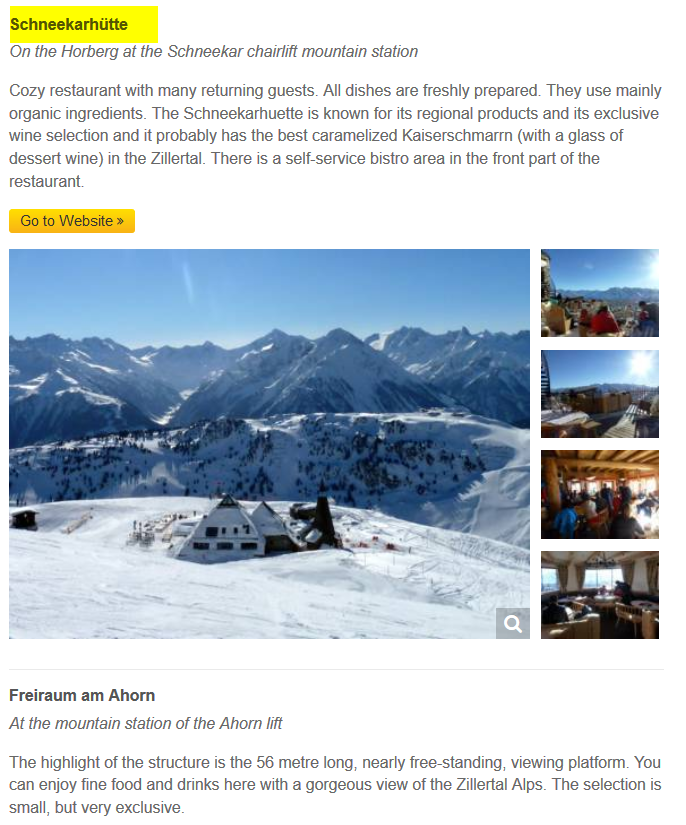 At this point, I had enough data to go to Google Earth with “Schneekarhütte”, and then after some tweaking, I was able to get to a very close location as the photo was taken from. 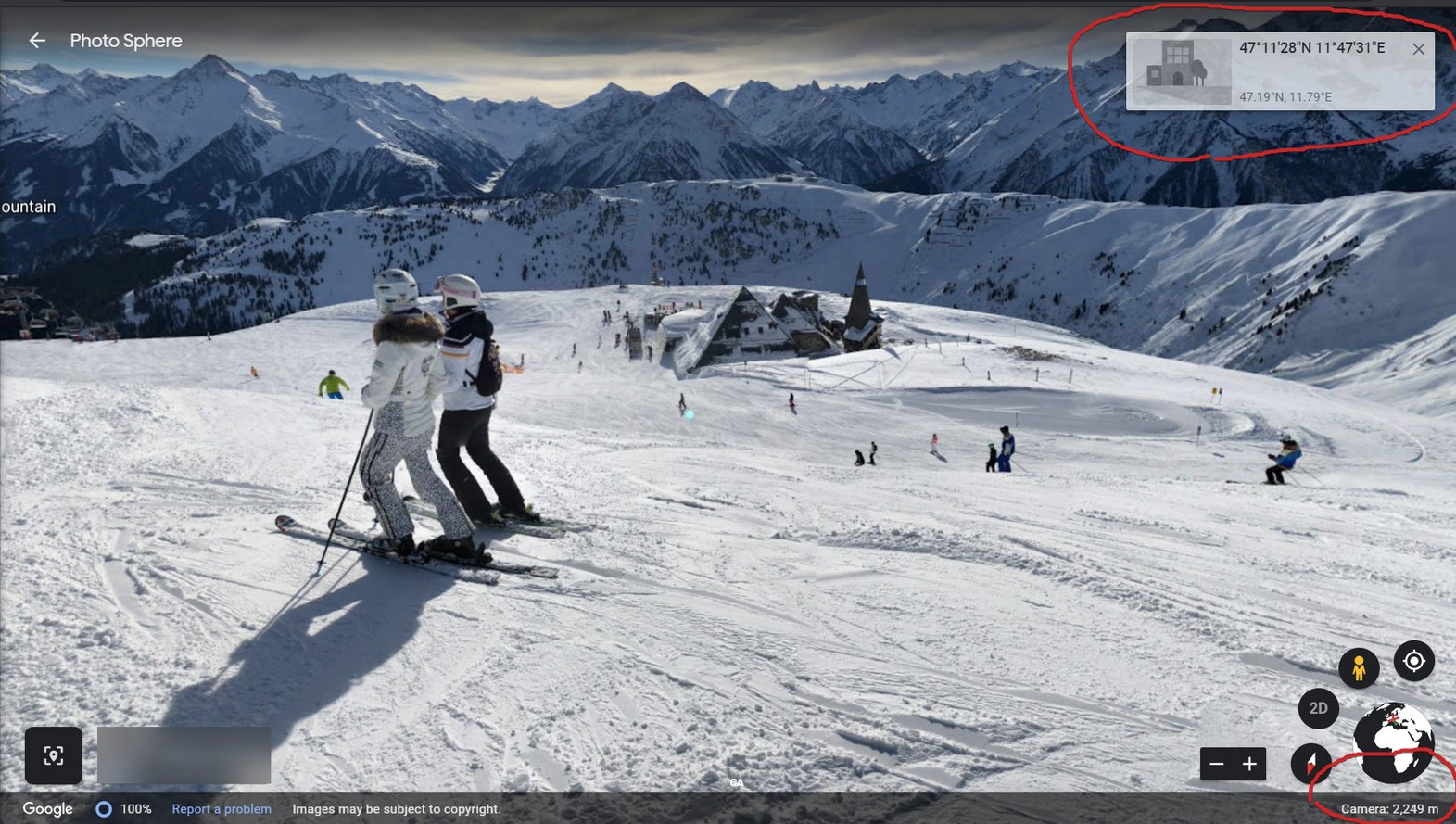 Coordinates and altitude are circled in the screenshot above.

For the bonus “Name at least one mountain,” it doesn't say anything about the mountain having to be related to the picture, but I'll be nice: Ahornspitze

This was a veeery convoluted path for what the challenge was, and as shown in this individuals response, a simple google search and the patience to scroll through image results would have proved equally sufficient. This just further proves that there are always multiple ways to get to the solution in OSINT.

I will definitely be trying more of these challenges in the future, and I'll try to make mini writeups like this for the more interesting ones :]